When it was announced that Henry Cavill – the man best known for sporting the mustache that killed Superman – would portray the grizzled Witcher Geralt of Rivia in Netflix’s adaptation of the popular Polish novels, I found myself largely ambivalent. Sure, Cavill’s clean-cut all-American look wouldn’t have been my first choice to depict a gruff monster hunter trying to make his way in fantasy Scandinavia, but hey, maybe that’s why I’m not a casting director.

Furthermore, despite the immense popularity of The Witcher video games, the property being adapted comes in the form of print. Even Geralt’s iconic look in The Wild Hunt was nothing more than an interpretation of author Andrzej Sapkowski work, and is therefore open to being reimagined time and time again during the translation to a visual medium. Perhaps, I thought, the costume and makeup artists at Netflix would be able to leverage their considerable talents and virtually limitless budget to create a memorable, distinct look for this storied character. Maybe they’d even manage to grab my attention and give me a reason to care that they had cast Mr. Cavill in the role.

Then this happened, and now I care.

Of course, I care for all of the wrong reasons.

I am legitimately amazed by the fact that this is a genuine, real photograph taken by a professional photographer of a professional actor, who I presume was made to appear this way by professional makeup artists employed by one of the largest production companies on the planet. I find this so unbelievable because it just looks so, so awful.

I could start by talking about the absolutely cavernous path carved into the bottom of this man’s face, the wig that makes him look like an edgy Legolas who doesn’t understand conditioner, the fact that the whole thing looks like a discarded promo image for a superhero show on The CW or even the fact that this rendition of Geralt just looks like Henry Cavill in a cheap hairpiece, but I’m making myself sad just thinking about it.

Instead, I have collected a small album of amateur Geralt cosplay that, incomprehensibly, looks vastly better than a product created by the streaming giant that crippled Blockbuster. Enjoy. 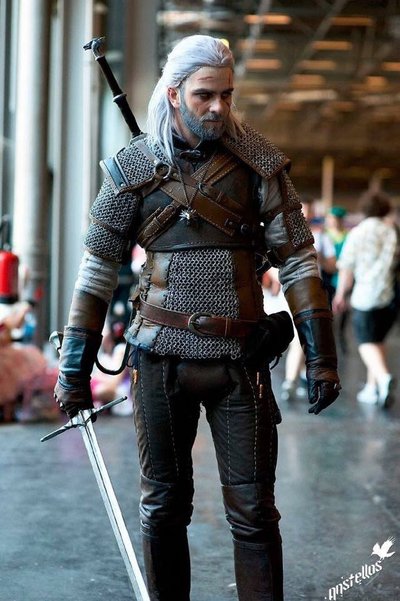 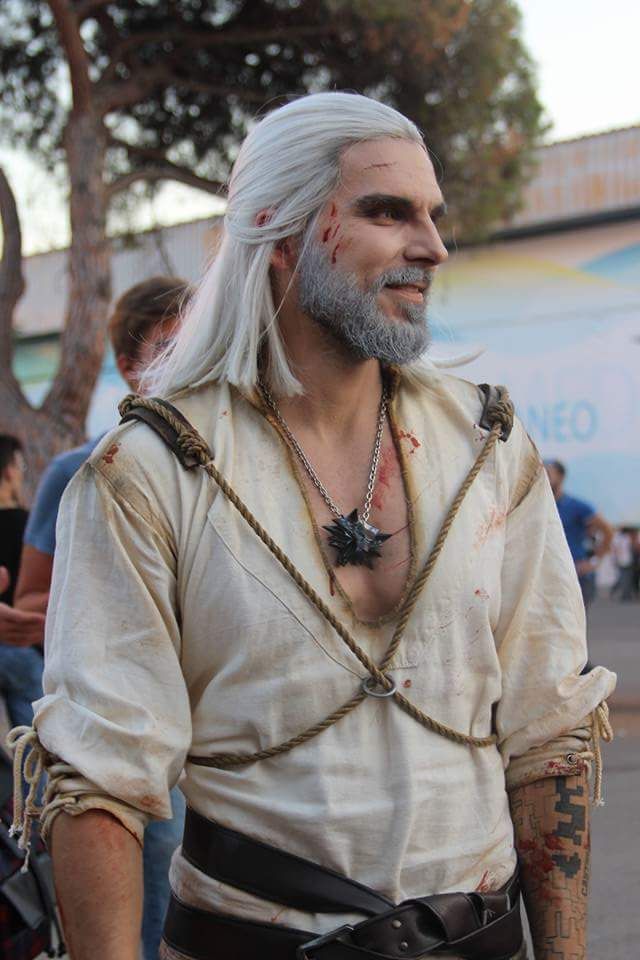 For a touch of eroticism:

This last one might be up for debate, but you have to give this man credit for his flawless technique. Keep your eye on this one, Netflix.